"I always liked Max Bernier for his Libertarian leanings, although I initially started out in the Ontario Liberal party, much like my parents," said Mike Staffieri, currently the Peoples Party of Canada (PPC) candidate for Eglinton-Lawrence in the upcoming fall Federal election.

Before joining the PPC, Staffieri contributed to the Ontario Libertarian Party, where he ran as the Libertarian candidate for Eglinton-Lawrence during the 2018 provincial election.

"I joined the Conservatives specifically to support Maxime in his leadership bid and, much like Bernier, I left the party after Scheer won," Staffieri said.

But his loyalty during that campaign was noted and the local riding association recently reconnected with Staffieri to see if he'd consider running under the PPC banner.


I’ve watched the Canadian political landscape for many years and am now dismayed at how much politicians are pandering to special interest groups for votes at the expense of the individual.

Government has become an overweight, overreaching behemoth in this country; public masters instead of public servants.

This is why I am running for the PPC: to help keep more money in your pockets, reduce government spending like corporate bailouts and foreign aid, to protect Canadian sovereignty from foreign bureaucratic intervention (UN Immigration and Climate Pact) and to increase prosperity for all Canadians.


Staffieri has a bachelors degree in business and a professional designation as a nutritionist. He's owned and operated a vitamin distribution company for over thirteen years. Prior to that, he worked in middle management, as a trainer, recruiter and sales executive in the Fortune 500 IT industry.

He also understands the range of ethnic groups who've settled in the riding over the decades and notes that, with so many different cultures and perspectives, everyone needs to be able to speak freely to compare notes, learn from each other and understand the constraints and concerns we all operate under.

"Shut down free speech and you make it far more difficult for everyone to understand others and talk freely and frankly. Free speech is my #1 issue going into the next election." he feels.

"If you're going to promote the causes of the minorities, you need to be for the individual. After all, the individual is the smallest minority," according to Staffieri. "My personal values can be summed as follows. Don’t hurt people, don’t take their stuff, take responsibility, work for it and mind your business. These are values I believe all Canadians have."

Maxime Bernier gave a rousing speech, shook a lot of hands (including mine) and talked about the issues of the day with the 200 or so people in attendance at a May 2nd, 2019 Peoples Party of Canada (PPC) event in Toronto ON.

He even spoke with people from the "Yellow Vest movement," a loose network  who promote "a general sense of anger toward the Liberal government, and a range of other views from pro-oil to anti-immigration sentiments" according to the May 3rd, 2019 Global News post, "Maxime Bernier mingles with Yellow Vest protesters at Toronto event."

And while there is certainly nothing wrong with being open to civil discussion with individuals and activists of all stripes, it does seem a little odd for the Global News article to categorize people likely to vote against the Liberal government as "people who promote a general sense of anger toward the Liberal government."

After all, members of the Conservatives, the Peoples Party of Canada, the NDP and even the Green Party all promote a "general sense of anger towards the Liberal party" if only because there's an election coming up and each party hopes to defeat the government at the ballot box. This is what they're supposed to do. It's a part of a thriving democracy.

Anyway, a good time was held by all at the event. Here's hoping for many more in the run up to the next election.

If anyone from the Liberal party or Global News shows up next time, I promise to buy them a beer, if only to diffuse that "general sense of anger" they seem to feel. 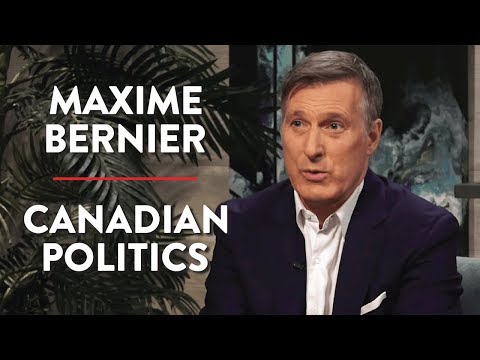